Now with extra spookiness and fewer teeth! For those looking for a greater challenge: take on curses (difficulty modifiers) to increase the difficulty of your runs and improve replayability.

This mod requires the following mods to function

BepInEx pack for Inscryption. Preconfigured and ready to use.

This mod is currently in an alpha release. It shouldn't crash your game, but it might not work 100% of the time. I'm still testing. Catch me on the discord @divisionbyzorro

This mod adds difficulty modifiers (curses) to your runs. Some are simple, like reducing the items you get from events on the map. Others are complex, such as randomly adding deathcards to encounters (like the bounty hunters from Act 3).

As with most mods, you need BepInEx installed. There are no other requirements.

What is a Curse?

A 'Curse' is a difficulty modification that changes the way the game plays. Each curse you take on increases the overall difficulty of your run. They are completely optional, but they clearly make you more of a badass for accepting them. 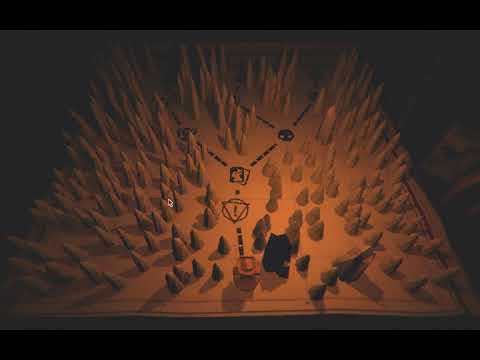 Remember the bounty hunters from Act 3? Well, they're back, but flavorfully appropriate.

The game will track a 'haunt level' as you progress and win more battles. The higher the haunt level, the higher the chance that a random deathcard from the deathcard pool will be selected and inserted into battles that you fight.

You will take one damage at the start of every game.

Curse of the Empty Backpack

Backpack encounters now only gain you a single consumable, even if you have none.

Curse of the Lone Candle

This forces the player to only have a single candle flame available for the run. You can't gain more from winning boss battles, and you also won't get smoke at boss battles.

Curse of the Strong Survivors

Campfire events are harder. If you've successfully upgraded a card previously, there's even a chance of failure on the first try. And failure costs you more than just a card.

Opposing creatures will gain random abilities. This will not apply to every creature - only to those

However, you can also leave a campfire event without doing anything if you wish.

What if I want to program my own Curse?

Please note that the install buttons only work if you have compatible client software installed, such as the Thunderstore Mod Manager. Otherwise use the zip download links instead.